Edmonton Family and Divorce Lawyer Ron Billingsley was born and raised in Edmonton, Alberta. He received a B.Sc. with Distinction in Physics and Psychology from the University of Alberta in 1999. He also received his LL.B. with Distinction from McGill University in 2001. He then was called to the New York Bar in 2002, and practised corporate and intellectual property law in New York City from 2001 through 2004.

In 2005, he worked for Smart and Biggar, the largest Canadian Intellectual Property law firm boutique, in Montreal, Quebec. He then worked for Parlee McLaws, the largest regional law firm in Edmonton, Alberta, in 2006. Following that, Mr. Billingsley attended the Faculty of Education at the University of Alberta for 2007 and 2008. In August 2009, he returned to practicing law in Alberta and has worked almost exclusively as an Edmonton lawyer specialising in family and divorce law since then. He was called to the Alberta Bar on November 21st, 2011.

Mr. Billingsley enjoys playing competitive football and hockey in his extra time and was previously a wide receiver for the Edmonton Wildcats junior football club. Ron also enjoys spending time exercising and working out at the gym.

Read some our client’s testimonials and recent results. Then email Ron to schedule a free initial consultation.

Listed "Best in Edmonton" in the Family Lawyer category! 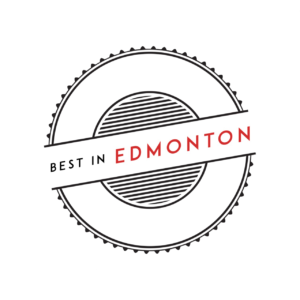